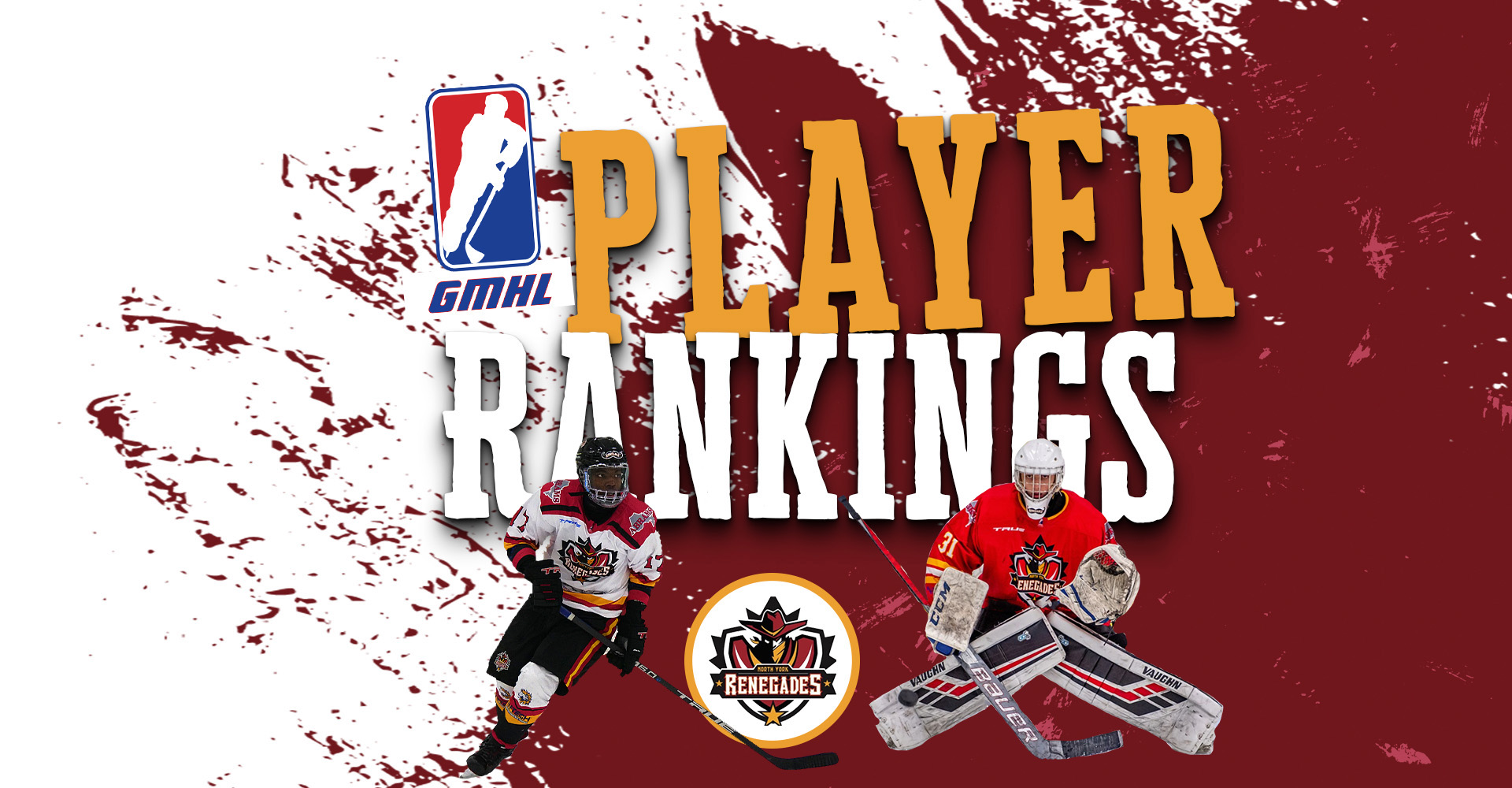 Three of YOUR Renegades have made significant jumps in the latest GMHL Player Rankings for November.

The Greater Metro Junior ‘A’ Hockey League has released it’s second player power rankings of the season and there are three Renegades on the list.

The ranking list consists of the top 5 GMHL goalies and the top 20 GMHL players from the North, South and West divisions.

For November, goaltender Nicholas Lewicky of the Renegades remains No. 2 in the South Division goalie rankings with two North York skaters featured in the top 3 — forward Ryan Fritz is now ranked #1 (previously #6) and defenceman Jedidja Somersall, who moved all the way to the third spot from #18. Forward Joseph Lionti also jumped into the top 5, sitting #5 from #11.

Congrats to all four players! Hard work and determination pays off! 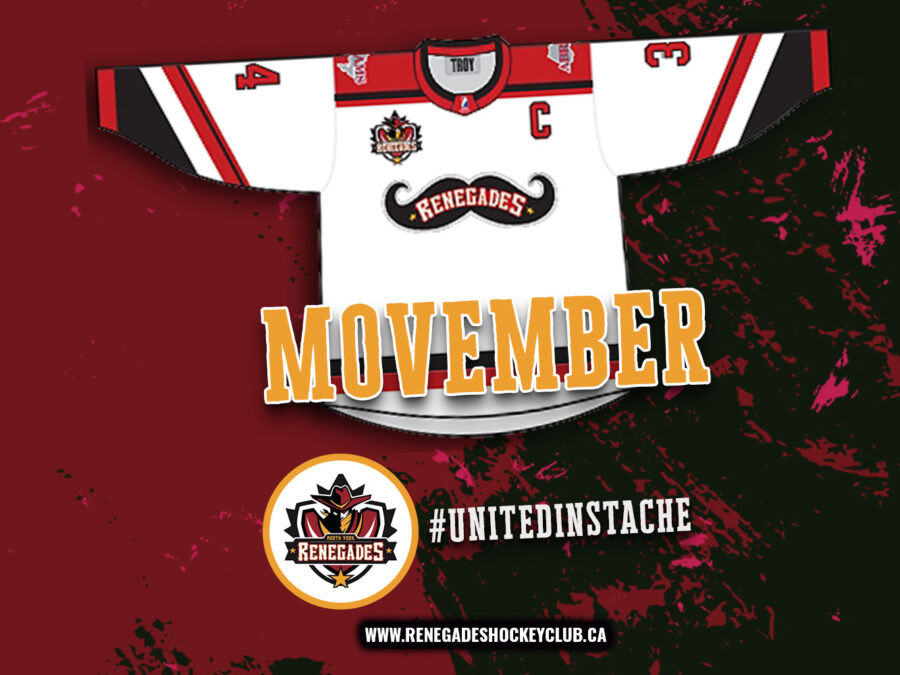 A huge THANK YOU to our sponsors, players and especially our fans who helped raise over $2500 for men’s health initiatives during Movember! 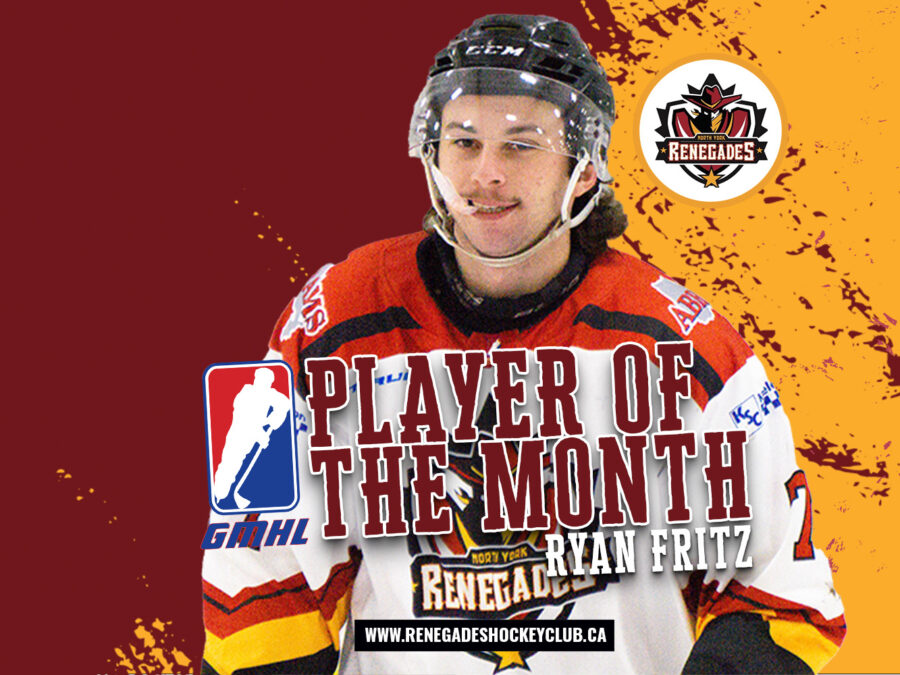 YOUR Renegades’ Ryan Fritz was named Player of the Month at forward by the GMHL for his scorching November that saw him grab 22 points!