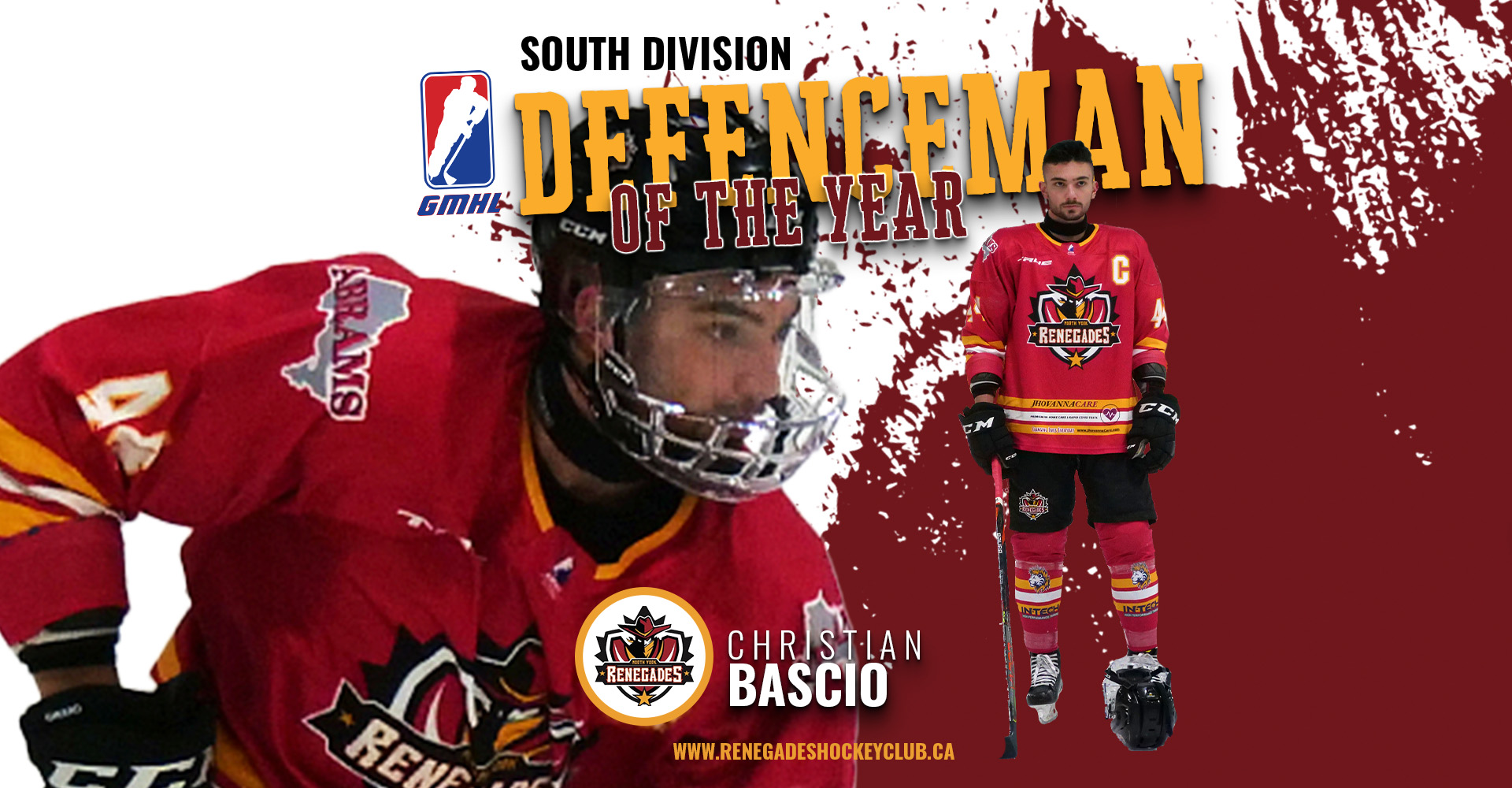 Christian Bascio is proof that hard work pays off.

After spending a lot of time this summer both in the gym and on the ice, Bascio was recognized for his efforts by being named the GMHL’s Top Defenceman in the South Division.

“At lot of things went right for me this year and obviously having success as a team has made it much easier,” Bascio said. “I had the confidence as a player and in my abilities to show what I could do and obviously being on a good team amplifies that.”

Bascio, who grew up in the Woodbridge area, considers himself to be a two-way defenceman.

“I have the ability to jump in the rush and generate offence with a good first pass out of the zone,” said Bascio, who played his minor hockey in the GTHL. “I also pride myself on being defensively minded and sound in my own zone.”

Bascio says his success this season is directly tied to the support and effort of his teammates and the Renegades coaching staff.

“It has been an honour playing with this group and their skill and dedication has given us the opportunity to be successful this year,” Bascio said. “I would also like to thank the coaching staff as they have given me the right tools and environment to develop as a player.”

Now in his fourth season with the Renegades, Bascio has come to appreciate the North York franchise for being an extremely well-run organization from top to bottom.

“I am extremely proud and honoured to call myself a Renegade,” said Bascio, who hopes to continue to develop as a player and hopefully pursue professional hockey. “The program is run by incredible team staff; Joey (Gagne) our owner and Darryl (Lloyd) our head coach along with the rest of the coaching staff. Our staff is very experienced and understands what it takes to get to the next level and beyond.

“The group of players that have been assembled this year has made coming to the rink that much easier.”