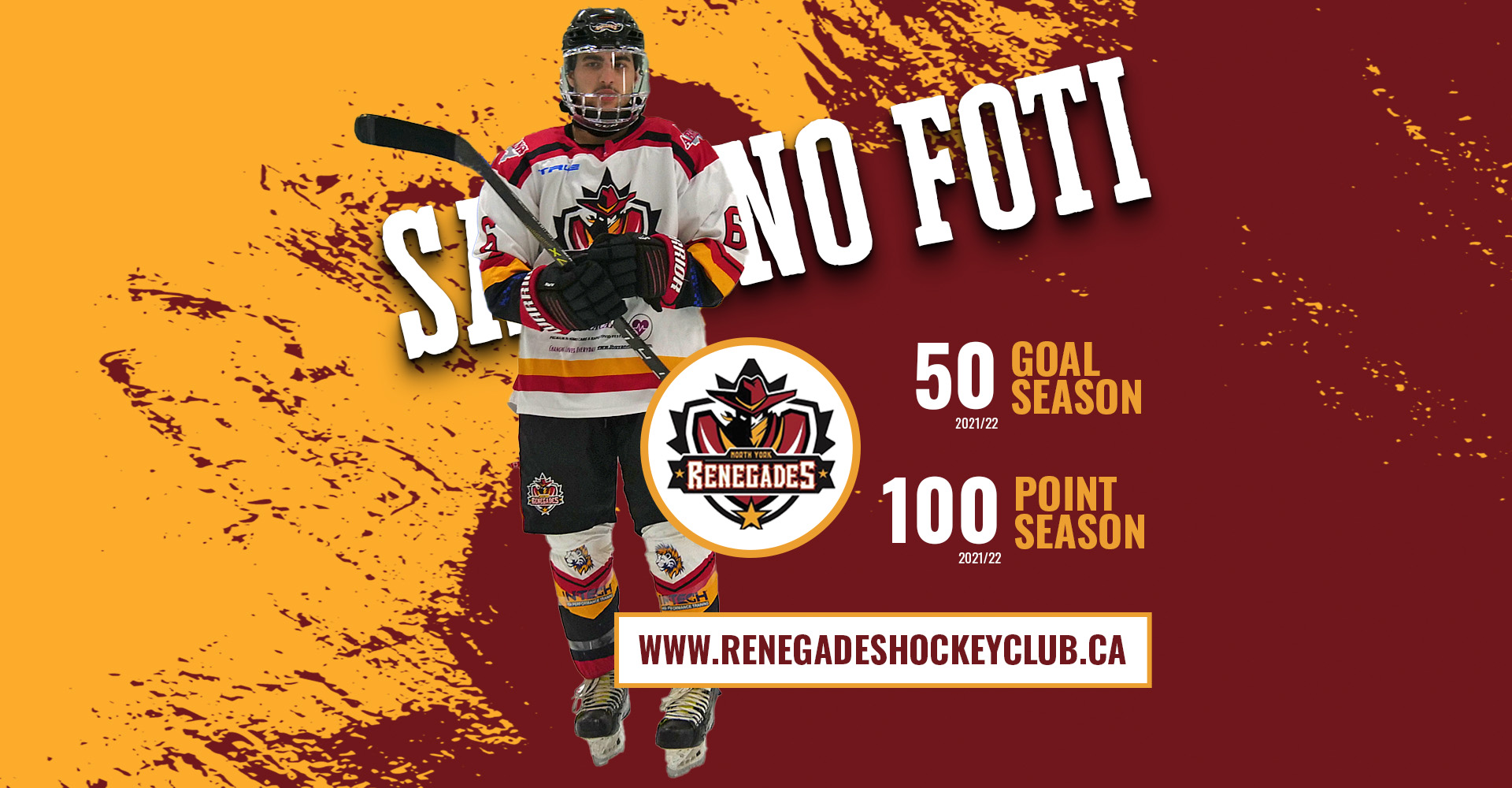 It has been a special season for Santino Foti.

The 5-foot-6 inch forward  establish a new franchise scoring mark for the North York Renegades when he notched his 201st career point earlier this year in just his third season with the GMHL club.

He also reached the 50-goal plateau and 100-point mark for the powerhouse Renegades in the 2021/22 season.

“To be the all-time Renegades leading scorer means a lot to me because it goes to show the effort and love I have for the game,” Foti said.

The best part of breaking the record was that he did it with his teammates, whom he considers his hockey family. Bonding with other guys on the team is the greatest part of playing for the Renegades.

Foti, who played minor hockey in the GTHL with Mississauga Rebels and Senators, also took time to mention those who have helped him off the ice as well.

“There are a few people I want to thank because I couldn’t have got the milestone without them,” Foti said. “First my parents because they taught me the respect on and off the ice and put me on skates at the age of four.

“And I can’t thank Darryl (Lloyd) enough because he’s got coach of the year all the years I’ve been here which goes to show how great of a coach he is!”

Foti isn’t satisfied with just breaking records in the GMHL.

“My future goal is to go play pro and experience another different level of hockey,” Foti said.

Based on his performance with the Renegades, that next step is not out of the question.