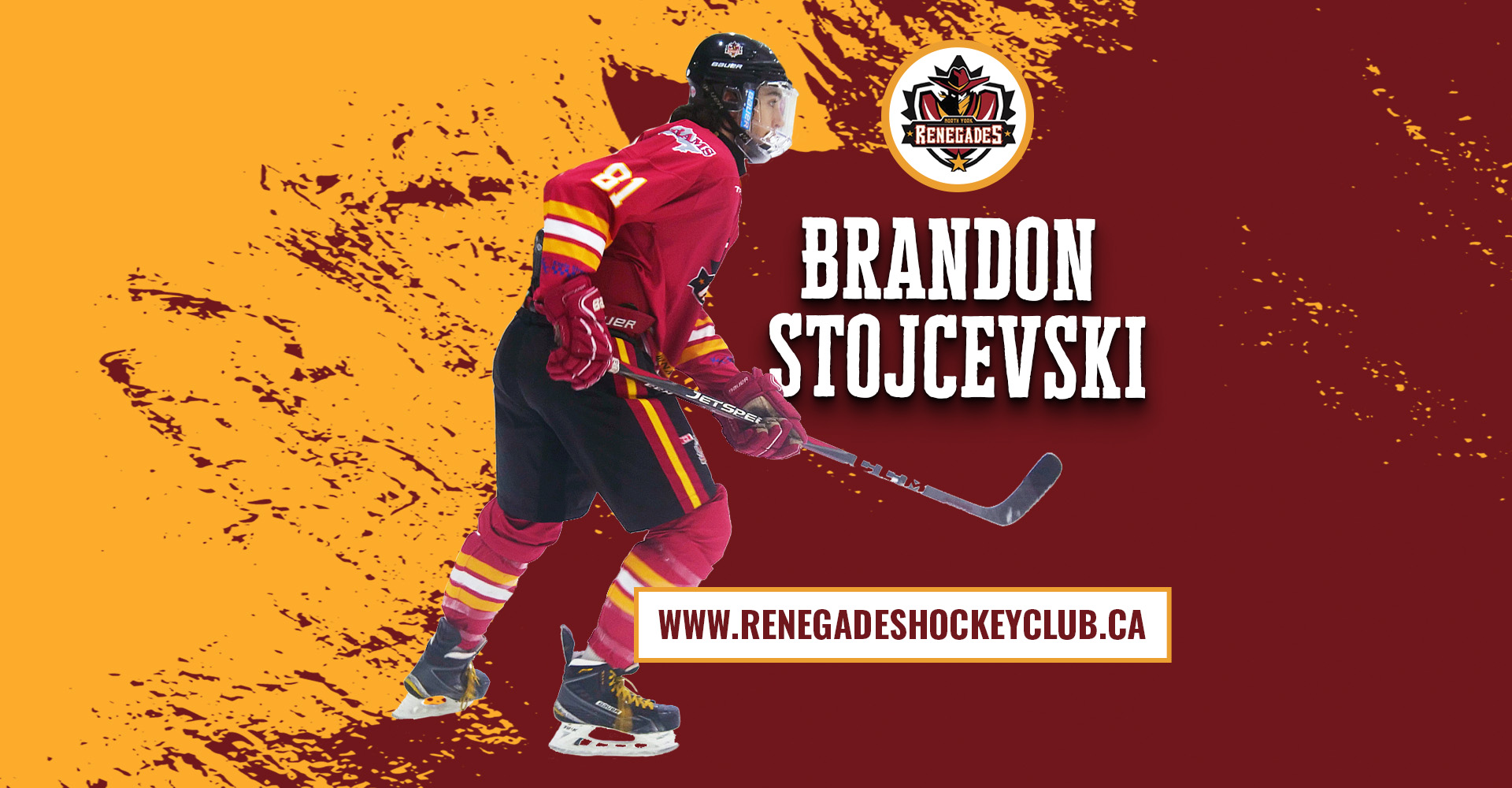 For some players there is no obstacle big enough to prevent them from playing the game they love.

For Brandon Stojcevski, he had to overcome the same obstacle … twice.

The Renegades forward has fought back from a broken arm in consecutive seasons to become one of the main reasons North York is a top team in the GMHL.

It was a dark time for the East York native, who lost both of his grandmothers during his rehab period.

“They were a big part of my life,” Stojcevski said. “They played hockey with me when I was little, cheered me on and they were my biggest fans when I played. I feel I got a lot of my inner strength from them.”

That inner strength meant the time off the ice wasn’t about to be wasted by Stojcevski.

“Sometimes I feel the injuries were a blessing in disguise because during this time, I grew and developed both physically and mentally,”  said the forward, who measured just 5’1” in his Ontario Hockey League draft year. “In the end, it brought my game to a higher level.”

He continued to work on my skills and never gave up on his hockey dream. At 18, he started his Kinesiology studies at the University of Toronto and is now in his fourth year.

After a season with the Welland Junior Canadians Junior B Team in the Greater Ontario Junior Hockey League, Stojcevski joined the St. Catharines Falcons of the GOJHL

“We had an excellent team, full of potential to win a championship but sadly the season was cancelled due to the pandemic,” he said. “This left me devastated as I was robbed of the opportunity to fully showcase my abilities on the ice.”

Despite all of the setbacks, Stojcevski remained dedicated, focused and passionate about the game of hockey.

“I continued to work hard every day, aiming to be the best player I can be,” he said. “I was considering leaving Canada to play hockey for a team in the U.S. when I received a call from Darryl Lloyd of the Renegades.

“This season has been a lot of fun. I love coming to the rink every day and being around an amazing group of guys and the best coaching staff. The Renegades are a first-class organization. From the older guys to the rookies, everyone works well together and plays their part to make our team successful.”

“He has been one of the best coaches I have ever had,” Stojcevski said. “He has given me the opportunity to play my game, while showing me how to play the game “the right way” and giving me the tools to propel me to the next level.”

Stojcevski, who is very proud of his Macedonian heritage, continues to work hard at everything he does on and off the ice.

“As my late grandmothers (“Babas” in Macedonian) would tell me, ‘Do your best, and trust God to take care of the rest!’  This is what I live by, whether it is hockey, school or life in general,” he said.