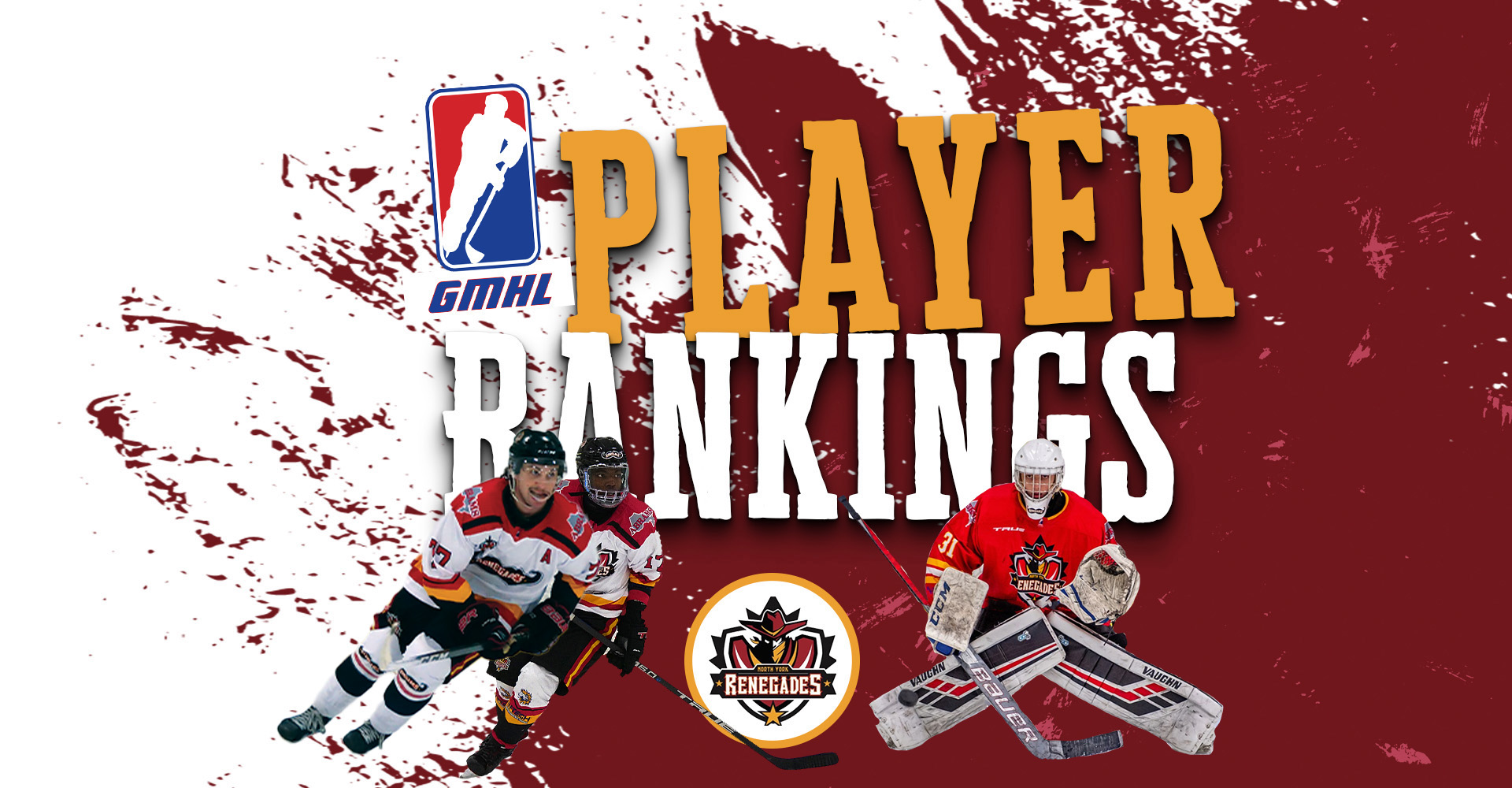 The Greater Metro Junior ‘A’ Hockey League has released it’s player power rankings of the season for December 2022.

YOUR Renegades dominate the latest rankings.

Players, parents and fans will be able to see the ranking list that will consist of the top 5 GMHL prospect goalies and the top 20 GMHL prospect players from the North, South and West divisions on the GMHL website.