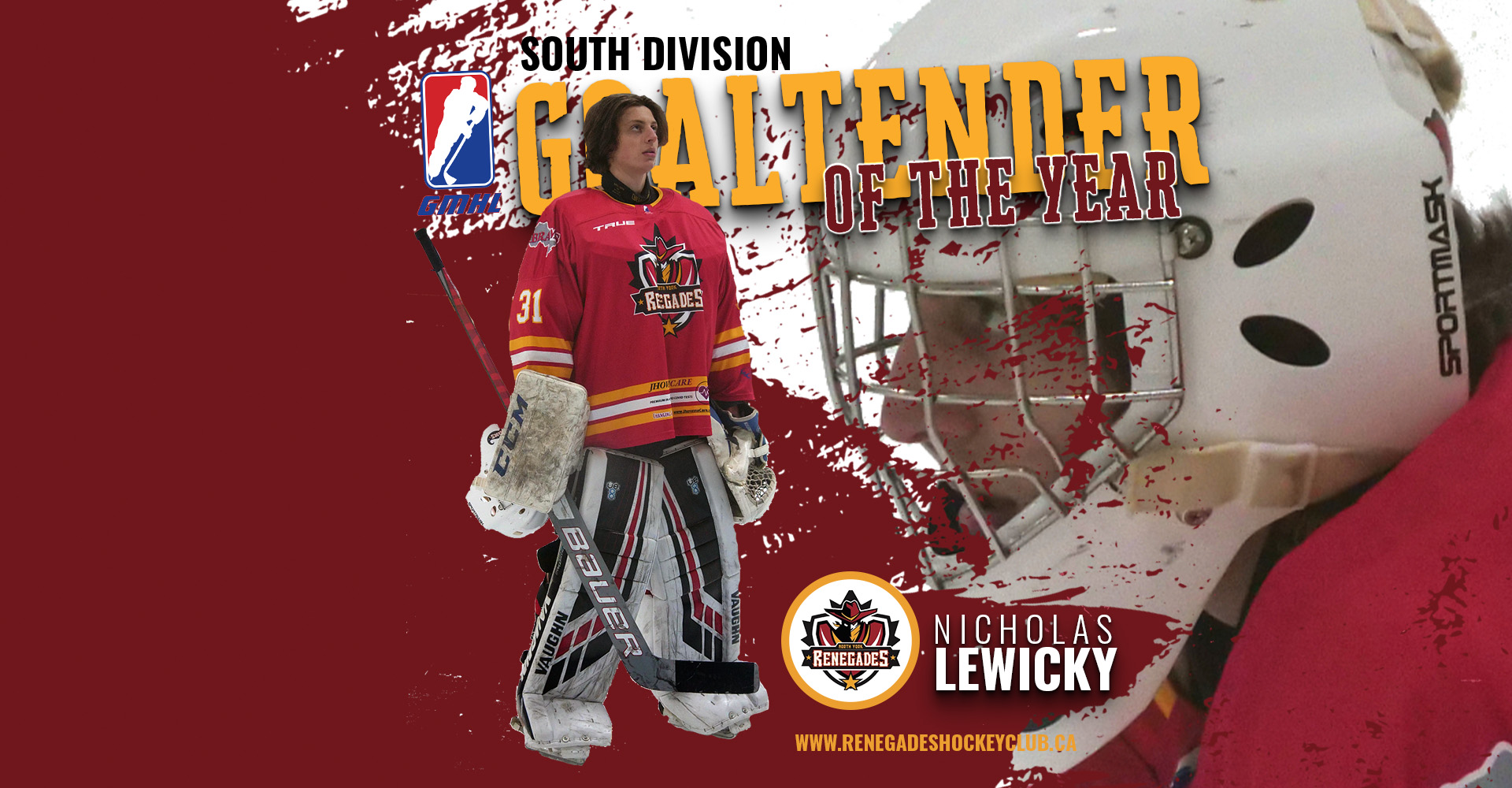 Goaltending is the most mentally demanding position in the game of hockey. It requires a very high level of focus on every single shot in every single game.

Often this ability to focus begins to set goaltenders apart as they move up in age and skill level.

It makes sense then that North York Renegades  netminder Nicholas Lewicky elevated his play this season to capture the GMHL’s South Division Top Goaltender after putting extra effort into this part of his game.

“This year I definitely tried to work on my mental game,” said Lewicky, who is of Ukrainian decent. “During the day before a game I am always running through shots in my head. I try to get to the rink early and mentally prepare.

“Most importantly, I really tried play in the moment and not think about the goal that went in during the game.”

But a goaltender’s success almost always builds off the play of the team in front of them. The Renegades were dominant this season, finishing with a 31-7 record, and Lewicky credits the team’s close-knit dressing room as a big reason he captured the award.

“The guys are so supportive. When I go out to play I don’t want to let them down,” said Lewicky, who went 16-3 with a .922 save percentage. “I know I have a great team in front of me so that makes my job easier.

“Our team is great, always enthusiastic, lots of laugh, a lot of talent and always ready to play. “

At 6-foot-2, Lewicky is a big, athletic goalie who models his game after Andrei Vasilevskiy. He grew up in Etobicoke and started his hockey career playing as a forward for Applewood Coyotes.

“I loved scoring goals but loved saving them more,” said Lewicky, who then went on to play AA in the GTHL. “Everyone tried to convince me not to play goalie but it was something I always wanted to do.”

Lewicky plans to continue playing as long as possible and eyes a potential spot at a Canadian post-secondary school. But right now he loves playing for the Renegades organization.

“The Renegades are great organization, but the best part about playing for the team is definitely our coach Darryl (Lloyd) and the entire coaching staff,” said Lewicky, now in his second season with the Renegades. “Darryl is respected and knows how to motivate the players,  always shows confidence in me. He is always making me feel positive even when maybe I don’t feel so great about a particular game.” 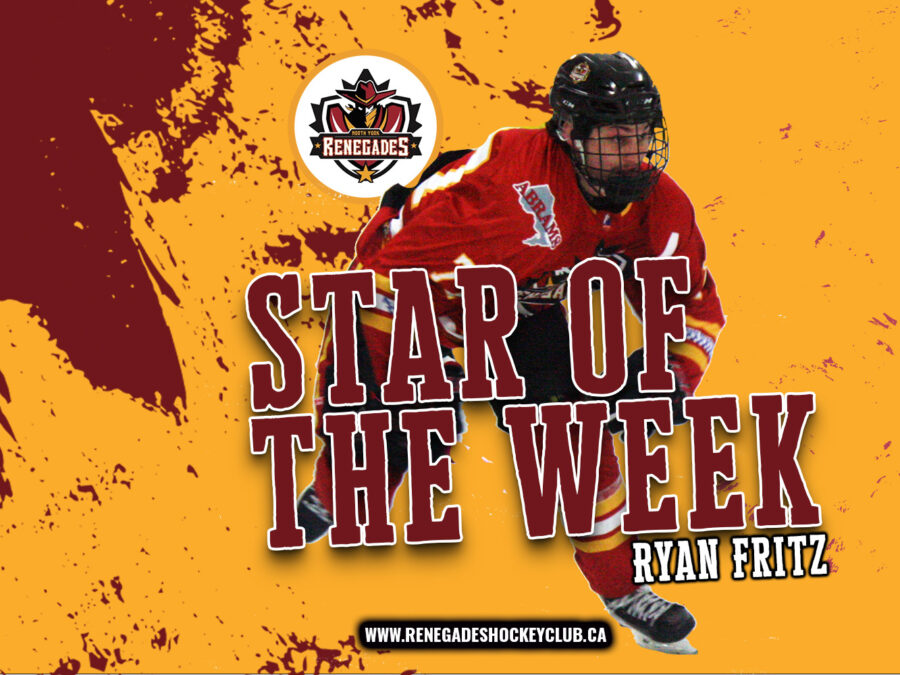 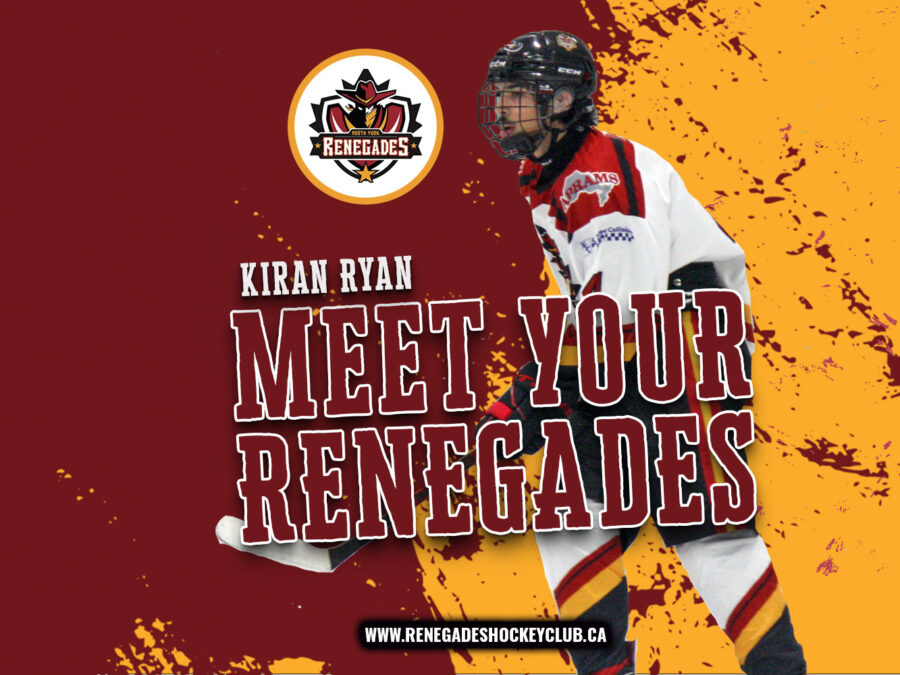